Why do dogs mark territory?

Why do dogs mark territory?

All dog owners know that dogs can be territorial animals and like to mark territory.  It’s their way of putting their name on things.

There are different ways a dog has of expressing that he perceives an area to be his own. It may be a simple bark at something he feels to be a threat.  Or, as a more serious statement, some dogs will urinate to mark territory and “stake their claim”. This is the kind of behaviour we do not want to happen in our homes.

Understanding why this behaviour may be happening goes a long way in helping us to prevent it.

Given that urinating in the house is not a behaviour we want from our pooches, we need to learn why a dog may persistently do so.  We especially need to remember that dogs aren’t people (in the scientific term – emotionally, sure).

Dogs don’t mark territory out of spite or jealousy

Dogs do not urinate out of spite or jealously.  Unfamiliar scents around his home can cause him to mark and protect his territory.  For example, if he urinates on baby toys or blankets it is not because he is jealous of the new baby.  He is simply marking a new scent.  This new scent may be stressing him and he possible feels he needs to reclaim his territory.

Understanding that introducing new scents and objects can spark this kind of marking and territorial behaviour can help us to defuse it before it begins.  If your dog urinates on your new partner’s shoes it is not reflective of his opinion of this person.  He is simply aware that there is a new scent and he is letting you know that he has it under control and has reclaimed the territory.  In his mind, he is doing good.

Difference between soiling and territory marking

It is important to recognise the difference between marking and soiling.

House soiling is when your dog empties his bladder or defecates inside the house. There are a few reasons he may do this:

Territory marking will typically be smaller amounts of urine, depending on how much of a threat your dog thinks this new scent is.

Male dogs are more likely to exert territorial behaviours.  Leg lifting is the most common sign of marking.  However, female dogs may mark territory too.

A summary of the reasons a dog may mark territory

See 7 Tips To Prevent Your Dog Marking Their Territory.

Scroll down to subscribe to our emails with interesting information about dogs. (Don’t worry, we promise not to flood your Inbox with too many emails.)

Have a look at our cute, good quality custom pet mugs.  They are an excellent gift for dog loving friends and family.  You can also treat yourself with one.  It’s simple!  Just click on the link below to order and provide a photo of your dog (or cat or canary).  The photo is then printed on the mug and shipped to you. 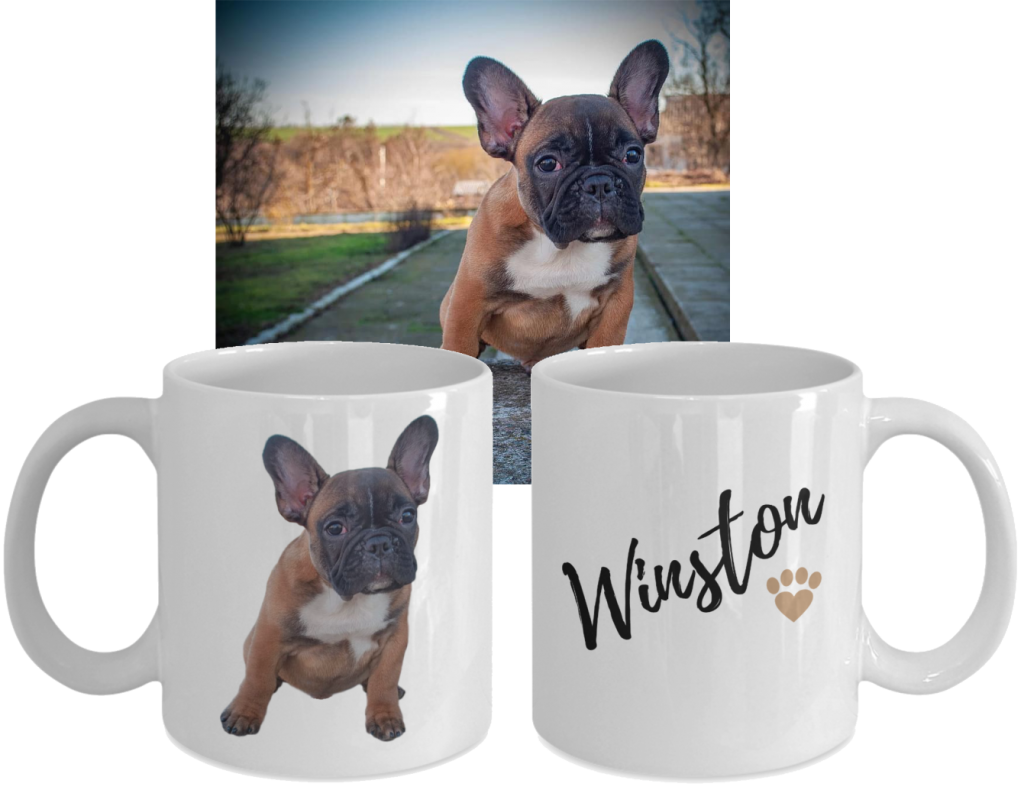 How We Confuse Our Dogs