Dog myths appear in so many online articles which contradict each other with information about dogs.  Read the list of popular dog myths below to find out the real answers.

Contrary to popular belief, dogs are actually not colour blind. They are just less sensitive than humans in detecting colours. This is due to the fact that dogs have retinas which contain far fewer cone cells which are responsible for detecting colour.

The other reason is that man’s best friend is dichromatic. They only see two colours primarily – blue and yellow. Humans are trichromatic which means that we detect three colours – blue, yellow and red.

It is not quite correct that one dog year equals seven human years.

It is a fact that dogs mature much faster than humans. However, the rate of aging noticeably slows down after the dog’s first few years. The life span of a dog depends entirely on its breed and size.

Therefore, while it may be convincing to believe that dogs mature seven times faster than us, it is in fact a myth.

Dog Myth 3: Before Buying A Dog, You Must First Have A Yard

The myth here is that dogs constantly needs a wide space to run around and in which to exercise and, without a yard, they feel cramped and frustrated. This would make it impossible for apartment dwellers to ever own a dog.

The fact is that dogs prefer to be in packs so, no matter how much space you have in your house, you will often find your dog close by your feet. If you leave your dog to play in the yard, he will still choose to linger near the door, waiting for you to open it so that he can be reunited with you.

It is important to take your dog out for walks.  This is not only so that she gets exercise but also so that she can read all the local peemails!

Not all tail wagging symbolises friendliness. There are actually three positions for a wag. They are between the legs, in the middle and sticking straight up.

When a dog’s tail is slightly wagging at an upright position, this symbolizes a dominant position. Avoid touching the dog in this situation.

If the tail is very low, between the legs, it means that the dog is feeling fearful and defensive and, hence, may be prone to bite. So, it is important to understand the signals before extending your hand for a pat. You may find yourself in the dog’s jaws instead of its furry body.

Remember to only ever extend your hand as a closed fist so that, should the dog snap at you, they aren’t able to latch on to one of your fingers.

Dog Myth 5: Dogs Eat Grass When They Are Ill

This behaviour is believed to come from the dog’s genetic heritage from wolves. When wolves hunt and kill their prey, they often consume every part of the carcass.  This includes ingesting the stomach contents of the prey which often contains grass. Consuming small amounts of grass is considered to be normal behaviour. 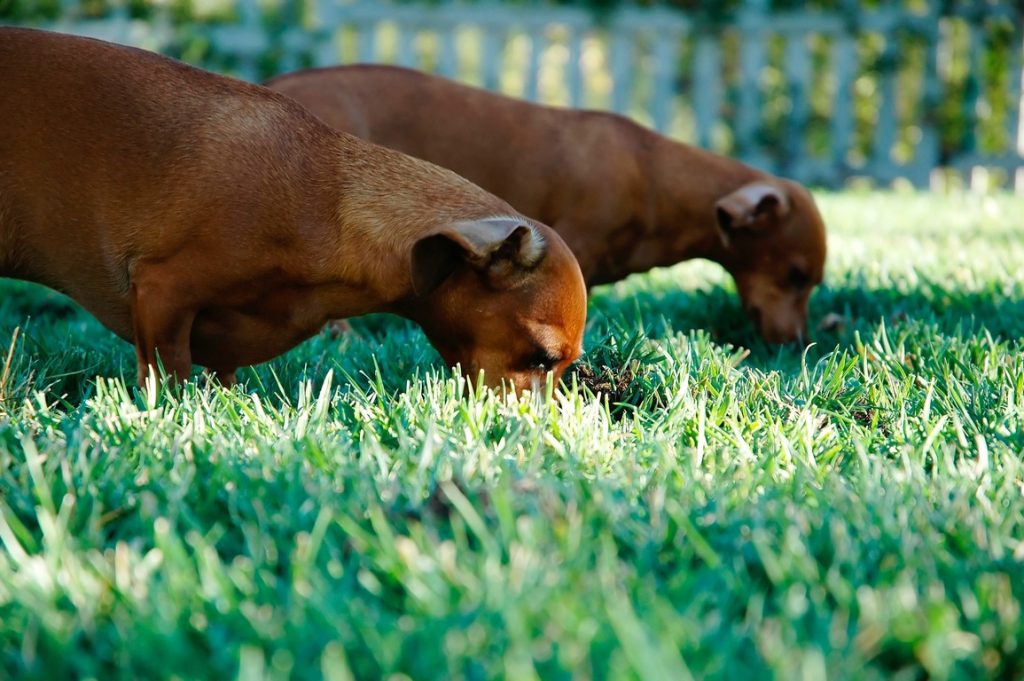 Dog Myth 6: Rub Your Dog’s Nose Into His Accident To Teach Him A Lesson

Dogs do not learn from mistakes like humans do. Once the accident has been done, he will not be able to associate with the mess on the floor. Not even if you decide to push his nose into the mess he just made.

The proper way to act would be to maintain a neutral facial expression and calmly clean up the mess.

You need to actually catch him in the act and reprimand him with a strong voice.

Dog Myth 7: My Dog Certainly Knows She Made A Mistake – Her Guilty Face Says So

This is definitely a miscommunication of signals. We perceive their sad face as an expression of guilt. This is in fact not true as, when we are angry, we portray ourselves to be scary creatures. The dog only perceives our facial expressions as dominant, scary and responds to the use of loud noises (shouting).

The expression is far from guilt, they are only showing their appeasement to your behaviour. Hence, the guilty look is simply a reaction to the owner’s behaviour.

Dog Myth 8: Your Dog Won’t Cope If You Go On Holiday Without Him

Your dog will look sad when you leave but it is amazing how quickly they adopt a new human in your absence.  We have seen this many times in the 28 years that we have been operating.

Let us arrange a holiday for your dog with one of our fully-supported, interviewed and insured dog minders. Your dog will soon adopt them in your absence but will always welcome you on your return.

Our minders have our 24/7 support so you can be sure that your pooch is in good hands when you are away.  See more information here.

How would you like a mug with your dog’s photo on it?

Show your furkid some love with this delightful custom coffee mug! It also makes the PERFECT gift for treating a dog lover in your life or yourself!

Click here if you would like us to create a mug with a photo of your furkid. 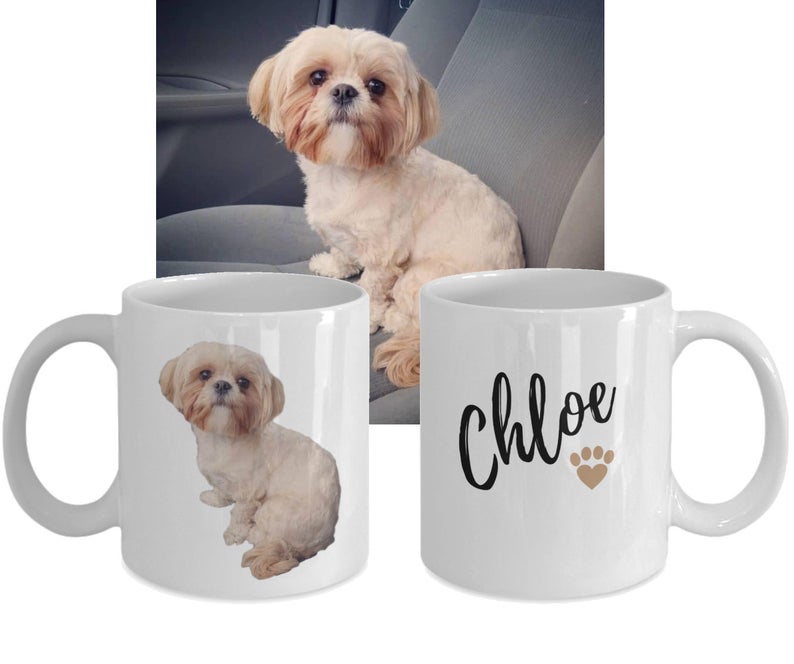 Scroll down to subscribe to our emails with interesting information about dogs. (Don’t worry, we promise not to flood your Inbox with too many emails.)

How We Confuse Our Dogs